Well, Spring sprung at 4:03 this morning heralded with a healthy dose of rain. Believe me, I didn’t “spring” to see it. I was still wound tightly in my blankets, enjoying the warmth and dryness of my bed.

So, 4:03 PDT was the spring equinox. The time when the daylight and dark are once again equal and everything is in balance (or at least the natural world.) I’ve been told that at the exact time of the equinox, if you stand an egg on end, it will balance.  I’ve seen pictures, but again I’m usually fast asleep when that moment occurs. Hmm. . . seems there’s a theme here. . . you get that I’m not a morning person (and neither is Gary).

So, today I will celebrate with a spring ceremony to welcome Mother Earth back to her full awakening. She begins to stir at Imbolc – February 1, but arises from her slumber in March to create the world a new. I plan on dancing through the rain drops with some herbs to honor Mother Earth and some Faeiry Dust to celebrate with my Elemental Friends.

Also, I plan on burying a raw egg by the entrance to our home to ensure abundance for the forthcoming year and fertility in my gardens. I will chose one from today’s gift from my hens and mark it with a couple of ruins – Berkana for growth, rebirth and new beginnings and Fehu for prosperity and abundance.

So why eggs at this time of year? Here’s a short tale from the book Ostara by Edain McCoy to explain the roots of the spring hare and colored eggs. 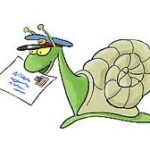 The Anglo-Saxons hailed Eostre as the Goddess of Spring, the Greening Earth and Fertility. Her name means “moving with the waxing sun’. Around the time of her festival, on the day when light and dark are equal, the local animals began giving birth or going into their sexually receptive cycles, named “estrus periods” after the goddess. From the fiercest to the most humble, the woodland animals — who also worshipped and loved Eostre—would play in the warmth of spring light and feast on the new vegetation Eostre provided.

One of Eostre’s devotees was a small hare who wished very much to give a gift to his goddess, but he didn’t know what he could possibly offer that would be of any value to her. Then one day while foraging, the hare came across a fresh egg, a very prized commodity indeed. The little hare wanted very badly to eat the egg, as it had been a long time since he’d feasted on anything finer than dry grasses. Before he could take a bite of his prize, he realized this egg might make the perfect gift for Eostre. But, he pondered, Eostre could have all the eggs she wanted, anytime she wanted them. She was a goddess, a creator, the embodiment of Life itself. Giving her just any egg would never do. How, he wondered, could he make this egg a fit offering for his goddess?

The little hare took the egg home and pondered how to make it as beautiful and new as Eostre made the world each spring. He began to decorate the egg. He painted it hues of Eostre’s spring woods and placed upon the shell, symbols sacred to Eostre. When he felt he could not make the egg any more beautiful, he took it to Eostre and offered it to her. Eostre was so pleased by the little hare’s sacrifice of his egg to her, and by the manner which he decorated it for her, that she wanted everyone—especially children, who are themselves symbols of new life—to enjoy these representations of her bounty. Since that Ostara day long ago, the descendants of that hare have taken up the task of delivering decorated eggs to the world’s children at spring. They’re called Eostre’s Bunnies or, more commonly, the Easter Bunny.