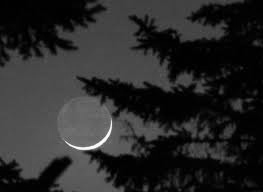 This Wednesday is the first New Moon of spring. In spiritual circles, a lot of focus is placed on the full moon as part of our meditation, healing and growth cycles. But, the new moon is also a powerful time for achieving our goals.

As humans we have been emulating nature and following the cycles of the moon for thousands of years. We know that moonlight has a great impact on plant, animal and human life. Among many other things, the moon affects our heart rate, blood pressure, brain waves, controls women’s menstruation and ovulation, along with controlling oceanic tides and signaling the start and end of animal hibernation.

According to the Almanac, it’s widely believed that activities will be more fruitful or lead to improved results depending on the moon phase. The period between the new and full moon (first and second quarters) is considered as the best time to perform tasks that require strength, fertility and growth. The period between the full and new moon (third and fourth quarters) is best for harvesting, retarding growth, etc. Many gardeners swear by planting in these cycles. And I have been known to cut my hair by the phases of the moon with great results.

When the moon is waxing (moving from new to full), it is believed to help with all “forward movement” intentions – like growth, expansion, love, abundance, health and happiness. So, just like there are specific times of the lunar cycle that are best for different things, there is also an ideal to start a new project and/or boost your prosperity or success. That time is at the New Moon.

The New Moon begins when the moon is hidden from sight due to the earth’s position between the sun and the moon. No sunlight is reflected back down from the moon’s surface. The New Moon rises at dawn, peaks at noon and sets with the sun. So there’s no moon in the sky during the New Moon phase; it is out during the day with the sun. This phase is sometimes mistaken for the Dark Moon, which directly precedes it.

When we see Grandmother Moon’s first light reappear in the sky, it’s the best time for new beginnings. . . the beginning of relationships, the beginning of a new venture, the time for change and for being open to, and looking for new opportunities,tilling the soil and planting seeds, including the seeds of ideas.

So, what can you do to use the energy of the new moon to enhance your life?

There’s also astrology that plays into the moon cycles, but that’s not my forté so if you want to know more, a web search will give you more info than you could ever want.

So, go forth for some new beginnings with this new moon. Let us know what you’re setting in place in this cycle.

Until next time –
Mitakuye Oyasin (A Lakota prayer reminding us we are all related),