Sometimes Gary and I are asked to clear land or buildings of negative energy. 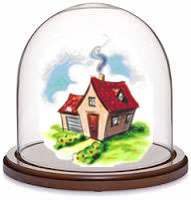 When we do this it can be a mix of soul recovery, psychopomp and energetic healing for both the property and its stewards. Sometimes we can feel like the crew from Ghostbusters containing and disposing of entities and closing portals. Other times, we simply assist stuck souls to complete their transition. And sometimes we have to help appease nature spirits who are ticked off by something that was done to their land (i.e. clear cutting or building a house in a place sacred to them.)

Why souls get “stuck” in a place varies. Sometimes it is because they have a strong connection with the land or home and they simply don’t want to leave. Other times they stay due to a trauma that occurred in that place, keeping a soul piece stuck and unable to move on. And then, we get the entities that are drawn to a place by its energy or the energy of the inhabitants and make it their party place.

I recently had a case that encompassed all the above. I received a call from the current resident of a house who was overwhelmed by the energy in her home. She was hearing demon like voices and things were moving around in her house. Her son who is fourteen was hearing whispering and didn’t want to stay in the house. She felt that the energy was that of a “teenage delinquent”. The entity was making horrible suggestions that were invading her dreams . . . and the neighbors were seeing “shadow people”. She had tried smudging, demanding the entity to leave and various other things to no avail.

My journey immediately transported me to the house sometime in the early 1960’s. I found a young boy of twelve or thirteen in the room on a rant. He was shooting yellow energy bolts around the room, destroying everything in his path. Having had teens of my own, I immediately went into mother mode and demanded he stop. He spun around and in typical teenage manner I was accosted with a stream of explicatives, followed by “Who the hell are YOU?”  I explained who we were and why we were there. He tried to fight me, but mind you, I never leave home without my Spirit Guides, and he was quickly subdued by one of my Guides.

He immediately relaxed, began to cry and told us his story. His name was Adam and this was and had always been his home. Both of his parents were addicts and severely abused both him and his brother. He was distraught that no one had helped them . . . not family, not school, not Social Services . . . not even the people who currently are living there. He knew my client was aware enough to sense his presence and she was a good mom and would know what to do. He was angry at the world and angry it took my client so long to recognize he needed help. He was calling for help, but no one was doing anything, so he felt he had to get SHOW them his frustration.

Adam then showed us a soul piece from age fourteen. He was killed in a drunk driving accident with this father. We found this soul piece on the side of the road, angry and confused. He didn’t want to go in the car but was forced by his father. This in his mind was the final act of abuse.

My Guides and I gathered these soul pieces and wrapped them in a blanket of pink loving energy. After explaining to the soul pieces that they no longer needed to stay angry and stuck, Light Beings (or Angels in some people’s terminology) arrived and took him to the Upper World to the Lake of the Lost Children to allow them to heal and integrate. They said once Adam was healed, he would finally cross over.

Soul retrieval and psychopomp completed, we put on our ghost busting gear. Adams rage over the years had drawn lots of negative entities to the property and opened many portals. Some entities had remained resident, and some just used it as a “rest stop”. In fact, we found a large “gang tag” in the middle of the front lawn, marking the property as a rest area for those entities. So, the first thing my Guides did was gather up the resident entities and take them where ever they take them for disposal. Then we painted over the tag on the front lawn, vacuumed out all the negative energy from the house and sealed all the portals. Then the Guides placed a large reflective bubble over the property to deflect any travelers who thought they could stop by. Later my client said she had recently removed a physical gang tag in her front yard.

Before we could complete this journey, we removed various attachments, drains and gang tags from both my client and her son.

On check in my client wrote “The air in my home smells a lot better and I am sleeping without disturbance for many days and nights now. I feel a full turnabout difference and it is also nice not to have horrendous suggestions invading my dream-life.” Her son was now more relaxed and happy to be at home with his Mom.

Thanks to my client who agreed to share our experience with you. 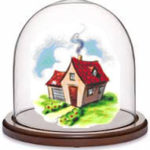